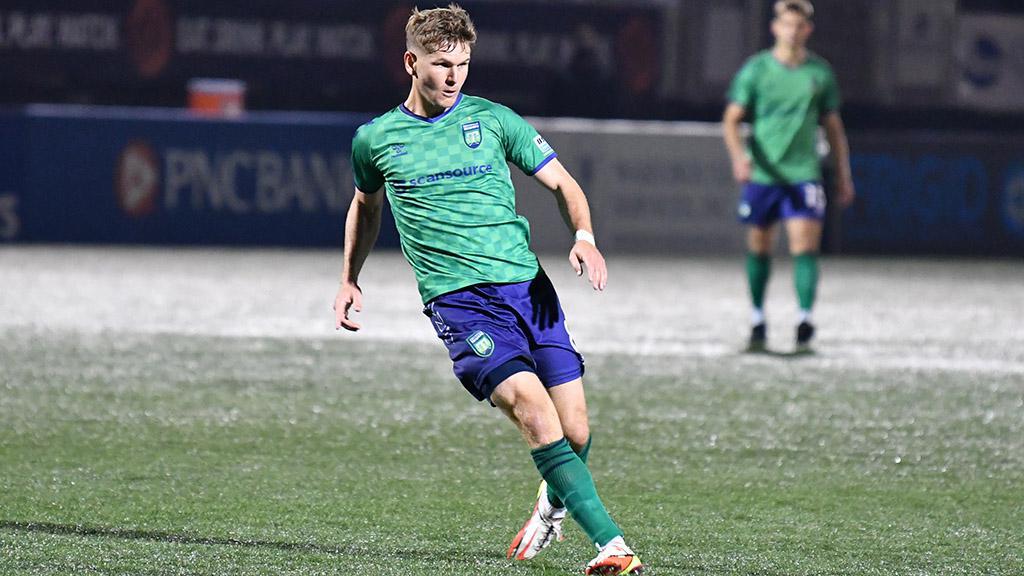 Walker will enter his fourth season with Triumph SC after a 2021 campaign in which he was voted to the League One All-League Second Team. The club’s co-captain with defender Tyler Polak, Walker recorded five goals, three assists and 19 key passes during the past campaign, and has made 69 appearances for Greenville overall, logging almost 6,000 minutes in the club’s colors.

“We are thrilled to announce that Aaron will be returning for his fourth season in 2022,” said Greenville Head Coach John Harkes. “His quality in the midfield to control the game, leadership on and off the field, and ability to score goals & defend will be key again for our success. We’re looking forward to seeing Aaron in our Triumph kit once again this year!”

Pilato returns to the side for a third season after an injury-hit 2021 campaign that saw him record only seven appearances for the club. The 25-year-old had a standout first year in Greenville, however, earning League One All-League First Team honors as he scored three goals and started in all 16 regular season contests, helping Triumph SC earn the league title.

A Virginia native and alumni of Penn State University, Pilato played in 48 games and logged over 2,000 minutes during his college career for the Nittany Lions. In 2019, he began his professional career at USL Championship club Loudon United FC, playing in 13 matches and recording one goal.

“We are excited to have Noah with our club again for 2022,” said Harkes. “After an injury related frustrating year in 2021, he is back to full strength and ready to drive our club forward to another year of success on and off the field. Noah is a savvy, technically clean, gritty player that will certainly be a key player in the midfield for our team as we push to compete for a title again this year.“