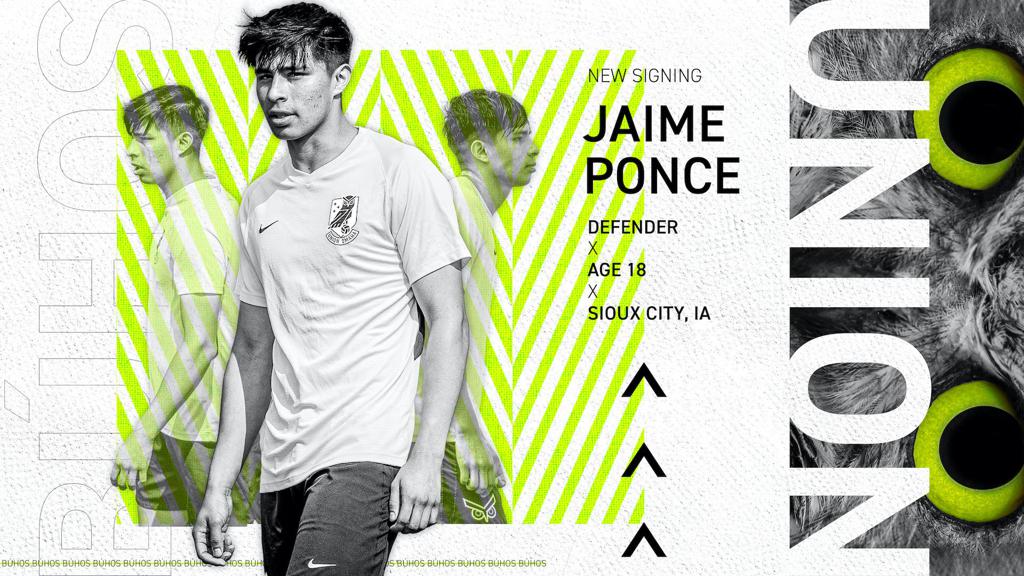 PAPILLION, Neb. (Friday, August 20, 2021) – Union Omaha announced today it had signed Jaime Ponce to a USL Academy contract with the club for its 2021 campaign. Ponce, the 18-year-old Sioux City, Iowa native, joins the Owls immediately and will be available for this weekend’s contest against Chattanooga.

“Jaime was our most consistent player when we brought the guys to the first ever USL Academy Cup last season,” said Union Omaha Head Coach Jay Mims. “He has the right mix of confidence with humility and I am excited to see him learn and develop within our team.”

“It means a lot signing for such a great club and being surrounded by quality players,” said Ponce. “Also being from a small town where these things don’t happen just makes me more grateful for this opportunity. I look forward to improving as a player under Coach Mims and I’m also excited to learn from other guys on the squad.”

Union Omaha continues to focus on youth development and cultivating the next generation of top-tier talent. This academy contract is the next step in not only helping the team be successful on the field this season but also proving that there is a path to professional soccer here for youth players from the surrounding area.

Union Omaha, a member of USL League One, is the only professional soccer team in the state of Nebraska. USL League One is a United States Soccer Federation-sanctioned professional men’s soccer league that occupies the third tier of the American soccer landscape, below USL Championship (tier two) and Major League Soccer (tier one). Union Omaha plays its home matches at Werner Park in Sarpy County, also home to the Omaha Storm Chasers of Minor League Baseball. The team is led by General Manager Peter Marlette in the front office and by Head Coach Jay Mims on the field.