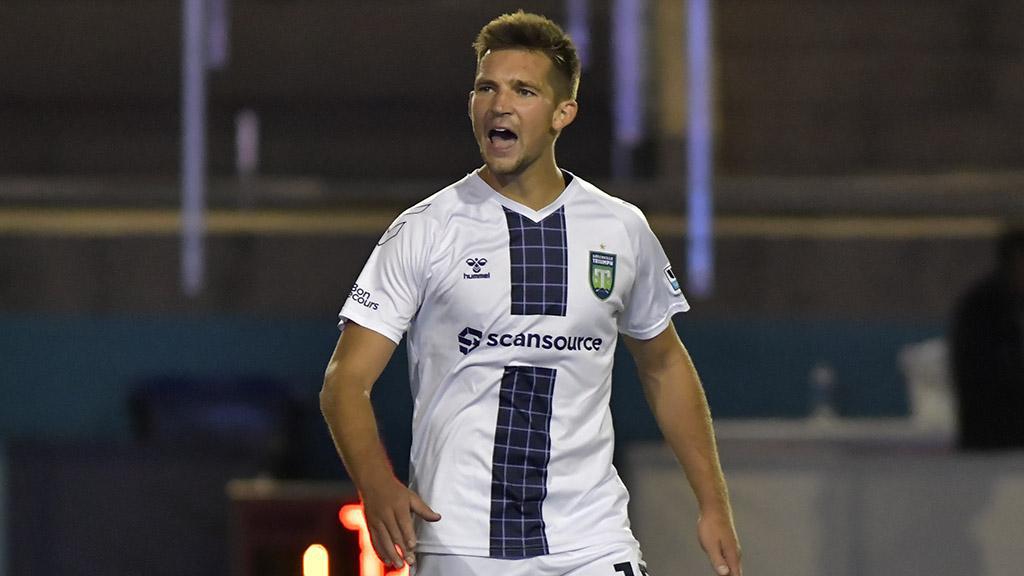 GREENVILLE, S.C. – Greenville Triumph Soccer Club announced on Wednesday it had signed defender Brandon Fricke to a new two-year contract, retaining the center back for his third season with the club. The signing is pending league and federation approval.

Fricke joined Greenville ahead of the 2020 season and helped guide the club to its first championship, being named League One Defender of the Year and earning All-League honors. This past season, he appeared in 28 matches as Triumph SC returned to the League One Final for a third consecutive season, starting 27 contests. Fricke's 2,316 minutes played were the second-most on the team after fellow defender Tyler Polak. Fricke's strong play on the back line helped lead the club to the playoffs for a third straight season, including a five-match shutout streak to end the regular season.

“I'm grateful to be back with the club,” said Fricke. “I'm excited to compete for this city with my teammates, and I can't wait to see all the fans at Legacy again this spring!”

Fricke holds the distinction of being the only three-time All-League selection in League One history, earning First Team honors in 2020 and Second Team honors in 2019 and 2021. Prior to arriving in Greenville, the Grimes, Iowa native spent the inaugural 2019 League One season with Lansing Ignite FC, captaining the team to a place in the USL League One Playoffs before losing to Greenville in the Semifinals. Fricke played his collegiate soccer at Butler, appearing in 71 matches before being drafted by the Rapids in the 2015 MLS SuperDraft.