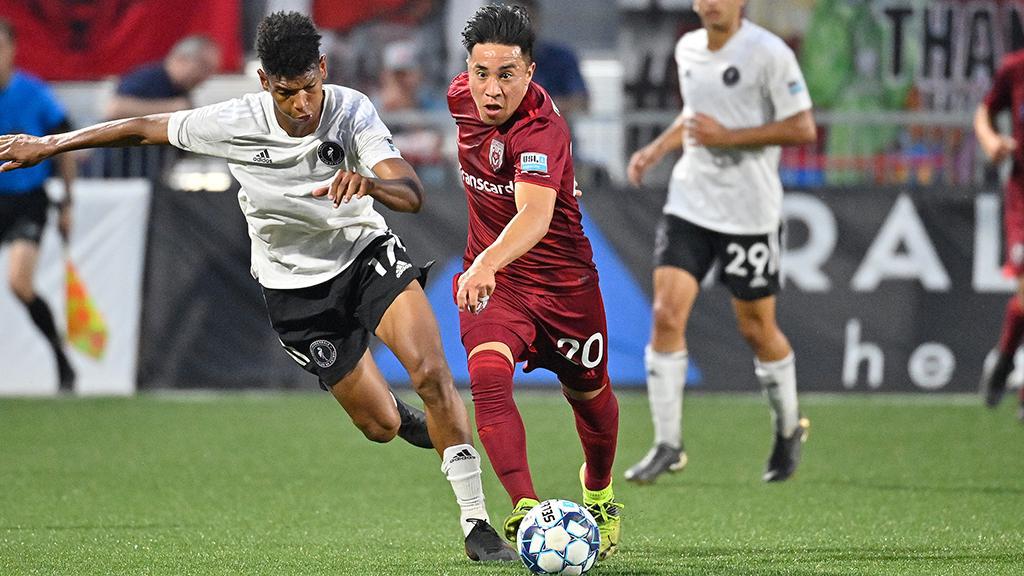 WINDSOR, Colo. – Northern Colorado Hailstorm FC announced on Tuesday it had signed winger Marky Hernández ahead of its inaugural season in USL League One this spring. The signing is pending league and federation approval.

“I’m excited to join Hailstorm,” said Hernández. “With the familiar faces I feel like we’re going to create a challenging team. We have a good chance of winning this year’s title, and I’m very excited for that. We’ll be a very competitive team.”

Hernández made 24 appearances for the Red Wolves this past season and recorded five goals and three assists to help the side reach the USL League One Playoffs for the first time. The 25-year-old notched nine goals and seven assists across two seasons in Chattanooga, where he recorded 38 chances created and 106 penalty area entries and completed 29 dribbles in 35 regular-season appearances.

Hernández had previously spent his first professional season in the USL Championship with Reno 1868 FC in 2019, where he appeared for the side in the Lamar Hunt U.S. Open Cup against Sacramento Republic FC. Prior to joining the professional ranks, Hernandez competed for Cal State Fullerton across two seasons where he notched four goals and six assists in two seasons.